The Blood of Kings - A Medieval Fantasy Novel 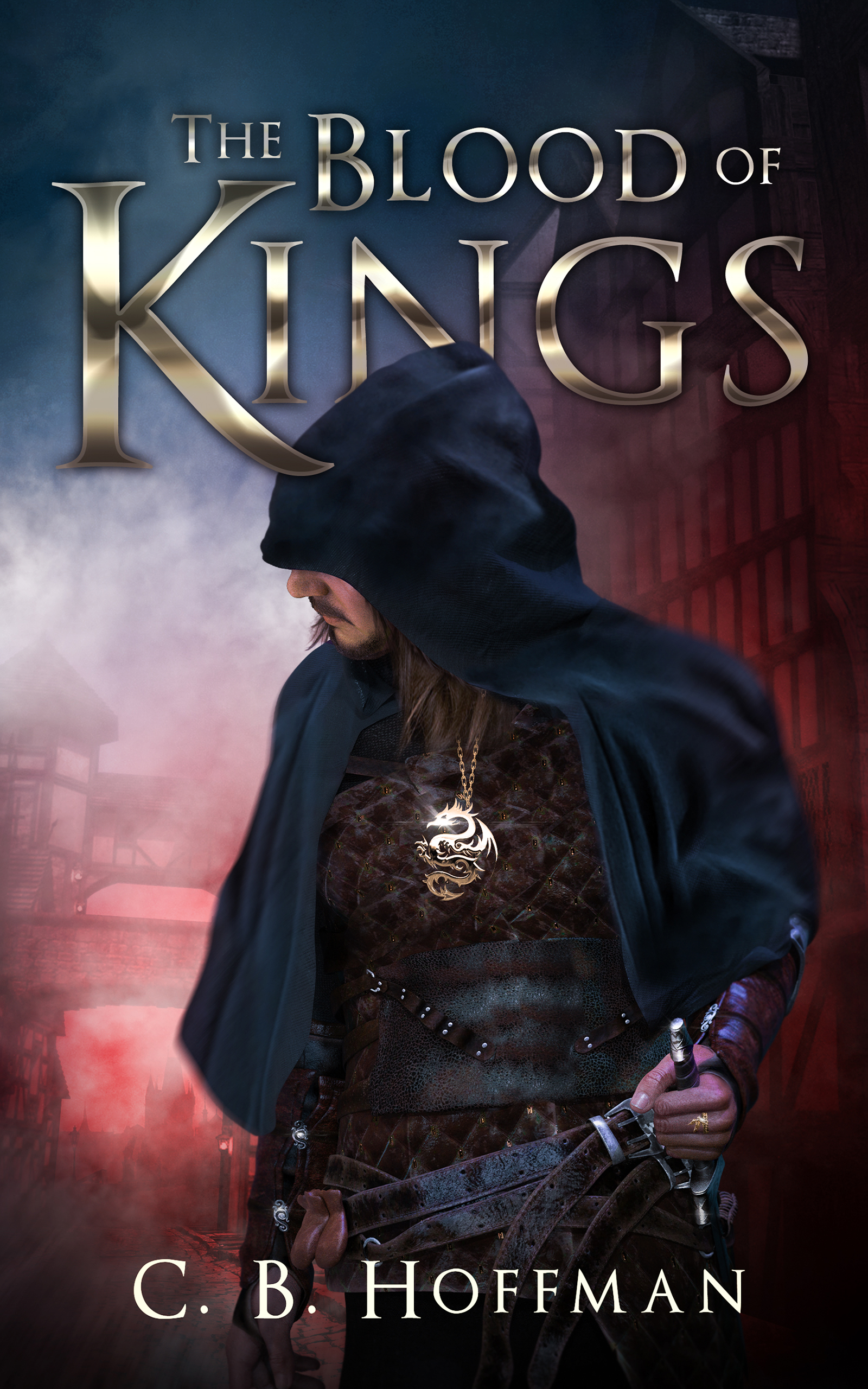 Valdaur's Golden Age under the Marthalen Kings is a fading memory, brought to an end by the tyrannical sorcerer, Bathlemar.  His reign was ended by an alliance of the wizards of the High Council and the noble houses, but after over a century, his corrupt magic still lingers over the kingdom.  With Valdaur now ruled by an aged and weakening king, and with a sickly prince due to inherit the throne, a sense of both desperation and opportunity raises the specter of civil war.

Born Into these troubling times, orphaned in boyhood, Donan faces a miserable death starving in the streets of Solium, or rotting chained to the wall in King's Prison.  He is saved from this fate when he is taken in as an apprentice to the Order of the Black Falcon, a guild of spies and assassins in service to the Crown.  Exceptionally skilled, Donan embraces his life in the shadows to become a protector of the throne.

His world falls apart, however, when he becomes the target of an assassination attempt by the very man who saved him from the streets.  Having discovered a conspiracy implicating his own guild, Donan is framed as  a traitor and hunted by his own brethren.  Determined to expose the real traitor, he must find a way to survive long enough to gather the needed proof.

Hunted and alone, Donan's time is running out, until a surprise visit by the last remaining outlawed wizard of  the disbanded High Council gives Donan one last, desperate chance to outmaneuver those trying to kill him.

Check out my Tumblr